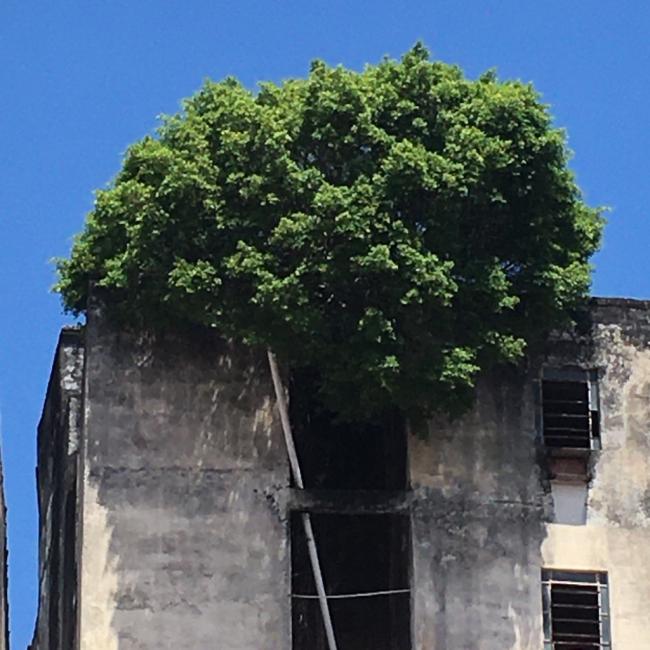 As a sound artist living in brazil, i bear in mind the idea of broadcasting. Distances spray along different lines and overlapping spatial identities. but there are fixed spaces which identity and segment this vast space yet multiple.

The piece is composed of three distinct moments & interests that collapse & run in parallel, the saxophone used as machine, the field recordings (here in the sertão, in particular) & the space/time manipulation through diverse fragmentation and  aa labour of modification from the sound files themselves provided through a physical process.

Brazil is a complex location. Indeed it crosses through a mobile variation of spaces, continuously shaping and interacting beyond geography stereotypes. The piece attempts  thus to reach an imaginary, immediate and simultaneous aural access to various locations, where I was always and now no longer visit. The image is from one of these locations.

Where i live in, up in the northeast, makes me wonder how to pose  interrogations and singularities which are kept invisible when thinking of Brazil as a whole. Departing from this, i try to present my work, not only agains this fixed identity, but mainly and obviously as a personal process of sound -making

Thelmo Cristovam, born 1975, lives and works in Olinda, Pernambuco, northeast region of Brazil. Improviser & composer, his academic background is in physics and mathematics, but he is an independent researcher in psychoacoustics. Breath/throat (sax, trumpet, trombone, flute) & electromagnetic waves (satellites/radio) are the main focus on his free improvisation performances and production/recording nowadays. His range of research/poetics includes radio art, noise/drone & field recordings based compositions. Besides his own production, he has given workshops on deep listening, sound art and field recordings, subjects that are the focus of many of his works, besides electroacoustic compositions and free improvisation. He also works as a sound designer for local short films and does research and sound engineering to several projects.